On November 9, BNK48’s Wee released the music video (MV) of “Beg the stars (อยากขอดาว),” a song completed through the “INDY CAMP” project, on their official YouTube channel.

In this project, the six members of BNK48 and CGM48 have challenged themselves to write their lyrics. Under the guidance of professional artists, they have been working on the concept of the first song, the lyrics, and melody, and through a lot of trial and error, the production was broadcasted on YouTube programs in May and June.

First, the music video for BNK48’s Stang’s “สถานะห่วง” (Japanese translation: Worry Status) was released on October 22. After that, when the music videos of Fortune, Panda, Marmink, and Pepo were released, they became the talk of the town on SNS.

And Wee’s “Beg the stars (อยากขอดาว),” which was released on November 9, surpassed 130,000 views within three days of its release. The music video was shot with an 8mm film camera and shows Wee’s natural face as if she were on a driving date with her lover in the wilderness.

This is a project that shows off the individuality of each member.

<สถานะห่วง>
Stang BNK48
The song has a medium tempo with a sweet melody, and the singer’s voice sounds beautiful while relaxing & lying in her bedroom.

<คงทำได้แค่รอ (last thing i can do) >
Fortune CGM48
A lot of happy images of Fortune and her lover. The “ocean” in the music video seems to be a place of their memories, but in reality, it’s her fantasy, with a sad ending. The song is a cross between synth-pop and indie pop.

<บีดี้บั๊บ (บิ๊บบีดี้บั๊บบีดี้บู) *Bibbidi-bobbidi-boo>
Panda BNK48
The story of Panda, who is troubled by her relationship with her boyfriend, and tries to erase her worries with a magic spell. I want to blow away my melancholy and move on. The song is a pop song about deciding to break up with someone, “If you don’t like me, say goodbye.

<พร่ำเพ้อ (Bubbles in the sky)>
Marmink CGM48
The song expresses Marmink’s character, way of thinking, and philosophy, based on her own experiences to date. As the name of the song suggests, occasional soap bubbles are floating in the sky.

<HEARD (เคยได้ยิน)>
Pepo CGM48
In this song, 15-year-old Pepo looks mature, plays guitar and bass, and sings while looking at the camera. It’s impressive that she keeps a cool expression. The theme of the song is “What is Love”, and since Pepo herself has never been in love, she made up the lyrics by listening to the people around her. 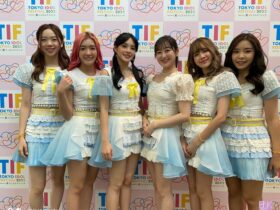 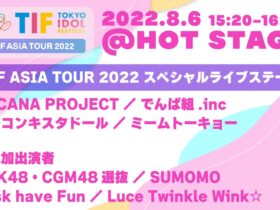 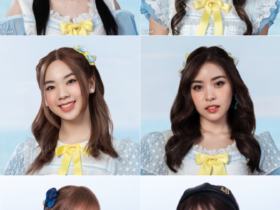