This was the first event in which all members came together after the covid incident since the coronavirus disaster circa spring of 2020 has made it difficult to have a big event. About 200 fans gathered at the venue with cheering goods for their Oshi-men.

All 30 members were divided into two teams, “TEAM IMMORTALS” led by ABBY (22) and “TEAM EMPERATRIS” led by SHEKI (21), battled with basketball and volleyball matches.

The result was a victory for TEAM EMPERATRIS in both games.

Captain SHEKI remarked in joy, “I still can’t believe that we were able to win the championship at our first Sports Festa. Still can’t believe we won at the first-ever sports fest event! I was very proud of my teammates. Their skills are given but I want to commend them for being cooperative and initiative every time. Aside from winning the games, this event taught us to become better members and it made us closer than before.”

Volleyball MVP LARA (22) was happy to show her sporty side to the fans. “I was able to show my sporty side to the fans and that makes me happy. Honestly, I didn’t expect to win the game, I just wanna play and enjoy it. I was given an award as an MVP, and until now I still can’t believe it. I can say that this is one of the unforgettable moments in my life.”

Basketball MVP DANA (22) added, “I had a great experience because we rarely have an activity like this where we can showcase our skills in different sports. And also because I was able to see a different side of my MNL48 sisters when it comes to sports, teamwork, and being under pressure.” She injured her knee in the game, but continued to play with the help of the medical team, and thanked the team for getting her to the MVP, saying, “We are all MVPs here! “, sharing her joy with her fellow players.

ABBY, the captain of the defeated TEAM IMMORTALS, said “We missed you guys so much! We enjoyed every moment with you mnloves, thank you for playing with us. See you again!”, spoke to the fans with gratitude. 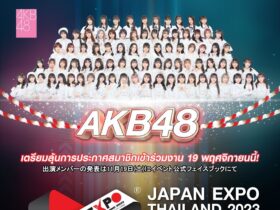