MNL48 unit Baby Blue made their major-label debut with their fourth single “HEAD UP,” which was digitally distributed in advance on 15th by record company Dreamusic.

Coleen (19), who boasts 3.7 million followers on TikTok, AMY (19), who has the outstanding singing ability, and JAN (20), the leader, formed the unit in Japan last September. They have released three singles for digital distribution.

The R&B sung by the 3 members have become a hot topic not only in Japan but also in other Asian countries, and now they have decided to take the next step and make their major-label debut. This new single which is Baby Blue’s first ballad will also be released as a CD in 2022.

JAN says, “It’s a calm song with a great beat, and the lyrics remind the listener that everything is going to be okay and to just be grateful for what we have.

COLEEN says, “It’s very relaxing and has become one of my favorite songs of ours. It’s a song that encourages you and tells you that no matter what you’re going through, we’ll always be there for you.”

AMY also said, “This song is perfect for people who have been depressed lately, and I’m sure you’ll like the music video too.

One year has passed since their debut. The music video, in which the three maturing members sing the ballad in their rooms or in the car, is subtitled in Japanese so that the audience can understand the lyrics correctly.

The official website and official online store were already launched on the 2nd December, and a dance challenge project to celebrate their major-label debut is now underway. “Sweet talking sugar” the debut song is also a TikTok dance event. The winner of the grand prize will be able to make a collaboration video with Baby Blue next year. 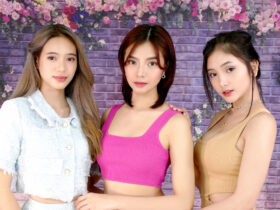 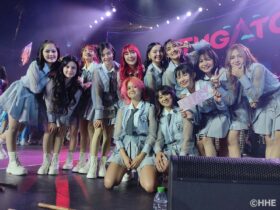 MNL48 performs at one of the largest P-POP festival 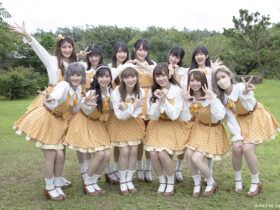