On July 15, AKB48 Team TP released the MV for “因為喜歡你” (君のことが好きだから/ Kimi no Koto ga Suki Dakara), the music video for a coupling track to the song ” 無根無據 Rumor” (根も歯もRumor/ Nemohamo Rumor), the 6th single for the group, which will be released in August.

The MV reflects the bond between Miyabi, former captain of team Daisy and her friends. The main narrative features Miyabi happily filming and drawing pictures of her friends with an 8mm camera in a lush green park. There is a scene of Miyabi dancing in a light yellow mini-skirt costume, which is Daisy’s unit color.

The filming of the music video was challenging. In May and June, when the filming was originally scheduled to take place, Taiwan experienced a resurgence of the new coronavirus outbreak. Preparation time was limited, and the members struggled to learn the choreography for the song. It was also a rainy season when the outdoor shooting took place.It was raining and the ground was still muddy just before the shooting, but by the time the camera rolled, the rain had stopped and they managed to get the shot.

With the song accomplished in memorable ways, all that remains is the graduation concert for the former captain, which is scheduled for July 24 at Zepp New Taipei in Taipei, and is expected to include a live performance of “因為喜歡你,” the first and last song to feature Miyabi. 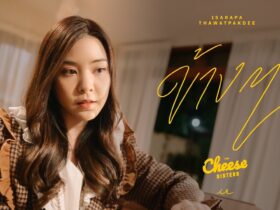