AKB48 Team SH held the “AKB48 Team SH 4th Anniversary Concert” on December 10 via online streaming. Starting with “Ogoe Diamond,” the concert featured a total of 24 songs. All 35 performing members gave spectacular performances, and more than 1.5 million viewers around the world enjoyed the live streaming of the event.

Among them, the last song of the main program, “Sougen no kiseki” the encore songs “High Tension” and “11gatsu no Anklet,” as well as Team SH’s original unit song “Holidays Girls” flooded the streaming video with many comments from the viewers.

In addition, the performance of the team’s new song “Ponytail to Chouchou”, with Gui ChuChu and Qiu DiEr at the centre, brought back hot summer memories for the viewers.

The best part of the show was the first encore song. It was an acapella version of “Ogoe Diamond” performed by 11 members. Dressed in a long, pure white lace dress reminiscent of Christmas, the lead vocal was sung by Mao WeiJia, the team captain, who sang the song in beautiful harmony.

The concert was a fitting conclusion to the year 2022 of AKB48 Group’s history, and a perfect showcase of Team SH, which has grown to include 5th gen members over the past 4 years, and whose ability and aura have grown considerably. 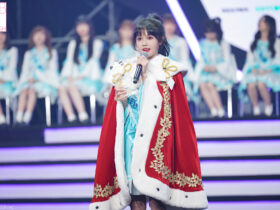 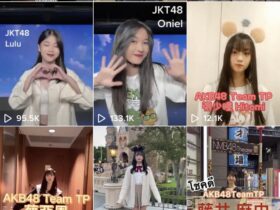